No it wasn't me and my kids.  An apparently crazy man can take the blame this time.  It was last Saturday when my daughter and I went to Costco to stock up on summer supllies.  You know, important stuff like  cold cereal, fruit snacks and a 20 lb bag of chocolate chips.  Because you never know when you are going to need to make 20 doz cookies.  I usually try to avoid Costco on a Saturday because of the crowds.  But because I am completely incpable of planning ahead, we ended up there on a weekend.

We first downed the customary $1.50 hot dog and soda.  I can not pass up a good hot dog that I get to decorate with a publically shared mustard and ketchup  pump.  Just the thrill of not knowing whose hands have been where, make it taste all that better.  So then with my daughter driving the cart without any Costco drivng experience, we shimmied and dodged our way through Costco.  And as usual when family comes along, I spent twice as much as normal.

Nothing seemed out of the ordinary as  we got a check mark on our reciept and headed to our car.  That's when I noticed the first cop car.  It pulled right up in front of the store, blocking traffic and lights spinning.  My first thought was "uh-oh, someone lost their reciept.  There is going to be trouble!"  As we were driving out of the parking lot, two more police cars passed us and zoomed  towards the store.  Wow, we were really missing the action.  I was almost tempted to turn around and see what  was up.  But I didn't want my chocolate to melt so I had my daughter search for a police scanner on my phone.  No luck.  Oh well, they must have caught a shoplifter. 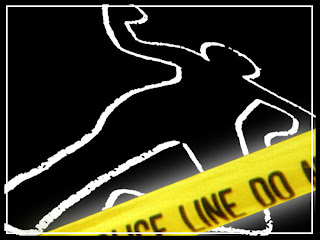 It wasn't until Sunday after church when my daughter told all the kids were buzzing about what happened at Costco.  She shared the gruesome story then I read it in the paper.  While WE WERE THERE, there was a crazy man knocking things off shelves and  breaking things.  Security called the police when they saw he had a GUN! Managment starting telling everyone to evacuate, leaving their carts and all.  (We were just leaving the parking lot at this time.  Thank goodness we got out with our loot!).  As folks were leaving, the police arrived and found the guy leaving the store.  They asked him to stop.  He went for his gun and they SHOT HIM like four times.  Dead.  In front of MY Costco.  Just yards away from the churros.

It was witnessed by a lot of people and the thought makes me sick to my stomach.  ALMOST sick enough to not go back their and try there new gelato.  Almost.

Holy crap, woman! Only ONE bag of chocolate chips? I don't even know who you are anymore! Oh, and that whole shooting a man dead thing...that's almost as bad. FYI, I got called in to meet with the first counselor about my inappropriate blog. Mm hmm. "Reports" had been received by members. Can you say 2nd grade tattle telling? Good hell.

I'm sure you packing some heat of your own!

Holy cow. I can't believe you and your shopping stories. Remember Target? Anyway, I need to come to Vegas and go shopping with you. LOL

sounds like the world is a safer place to go and enjoy a new gelato now. and with that thought I'm off to CostCo (for real - not even kidding - I've got no freakin' food in the house!)

and Lisa... seriously? please tell me you're kidding... although some prudish people never cease to surprise me... (my second counselor reads my blog regularly... thus my hesitation to talk too much about the really good stuff)

I really hope that Jack Bauer slid down on a rope, from the ceiling. That would be awesome.

And now I need a Costco hot dog.

Sheesh. That's awful. I'm glad you got out safely.
A similar thing happened at a Walmart south of us...the Walmart that is referred to as the "junky Walmart" in our home... it looks like it's been looted thru and turned into a garage sale with a fabric department.
Be Safe!!

You have all the fun!

Wow and whoa! Crazy 'shopping' experiences and I'm sure this is one of many crazy shopping stories for a mommy like you. Oh, how I love Costco...

Oh my goodness how scary! Thank goodness you got out of there when you did!

Ah, there's so few fears that can't be conquered by gelato.

(Just found my way over here and love it - I adore your writing style.

I wonder if one of the old ladies cutting burritos with scissors offended him?

That is an insane story.

Linda, that is totally frightening! Thank goodness you and your family were being carefully watched over. And thank goodness you didn't want those chocolate chips to melt! I am seriously glad you are all safe!

Wait, are you saying you feed your family COLD cereal in the summer?? SHOCKING!!!

And next time you make your 20 dozen chocolate chip cookies, make it 21 and send a dozen my way!!

WHAT? Costco has GELATO now? You must be kidding me. I'm going tomorrow to verify this.

Oh, and that shooting thing. YIKES! How utterly terrifying. What a relief that you got out of there before the icky really started.

Just wanted to say to Momza up there...YEAH, Wal-mart should expect shootouts, it's WALMART, DUH! But Costco...no, no, no, that is sacred ground. Glad we could clear that up.

Anyway, good luck on return trips, may the force be with you.

What? That is absolutely crazy!!! But like you, I'd go back.

That is so scary that you were there.
We had a shooting at kroger's grocery store a little while back. I'm too freaked out to even go to that store now.

How scary! At least you were able to get the hot dog and soda without witnessing such a scene....it probably would have ruined the experience for you. :)

Wow! Dinner and a show?? I heart Costco!

Ohmyword! That IS scary!

Oh my gosh, I can't believe you were actually there!! That has turned out to be such a controversial shooting. I don't know what the deal was with the victim, but he sure was a remarkable man. West Point grad, decorated war veteran. I almost wonder if it was PTSD, in which case, what a sad, tragic ending.

But at least you and the churros survived!

Freaky! He wasn't a physical therapist who frequented Target was he?

Good dispatch and this enter helped me alot in my college assignement. Thank you for your information.