Back when I was a blogging virgin...

So as not to interrupt my crazy, lazy, hazy, daze of summer, I am repurposing an old post.  But not just any old post.  This was my FIRST post EVER.  This was written back in October of 2008, when I was a blogging virgin.  I had no idea what I was doing with a blog for about the next 1 1/2 years.  I think my writing voice has changed a bit, but the topic and and my feelings about it, have not. 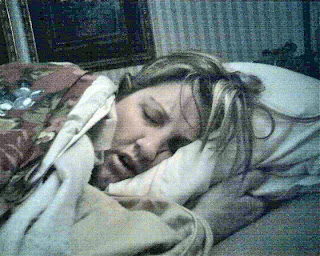 I am not a morning person. Even with all the mornings I have had to get up for in my life. 4 years of early morning seminary, 1 1/2 years of missionary service, and let's not forget 6 babies over a 14 year period of time and the varying times of the early mornings that has allowed me to see.

From the time the oldest kid could pour cereal and turn on the TV,  I have spent morning time in bed. Especially during the summer breaks when there was no one to get ready and take to school. Now, I thought nothing of it until a few years ago,

I found I was a topic of conversation. A friend came over one day with a friend of hers that I had not met. After she introduced me to her friend, the friend said " Oh she is the one that sleeps until 9". I was shocked. I laughed it off but have thought about it a lot. Are moms automatically supposed to rise at the crack of dawn because they are a mom? And the fact that I did not get up early was enough to mention in a conversation because I was breaking the mommy code? So why the guilt about sleeping in?

Yes, getting up earlier would allow me to "get more done" in a day. The stuff that I would do will always be there. Always, always, always. Yes, I could spend more time with my kids. But lets face it, the kids are one reason I sleep in and they will be mine for eternity. Now, don't get me wrong I still do my motherly duties when necessary. Like this morning began my one week in 4 to drive my son and others kids to early morning seminary. I was done with this task by 6:15 am. It was still dark outside and no one else was even up yet. I thought about taking advantage of this "extra" hour like a good mom would do. But the thought never made it to action. So I did what a normal, tired, mom of 6 would do. I went back to bed.

Email ThisBlogThis!Share to TwitterShare to FacebookShare to Pinterest
Labels: sleeping in

I forgot what I was going to say for a comment because I fell asleep. I am too tired from getting up so early. ha ha ha Anyone who says anything about you, they are just jealous they haven't figured out how to sleep in yet. Miss you. Now I have to go to bed!

Teach me how!!! I have too much guilt most days since my mom is here and knows every stinking move I make...and she is Suzy Homemaker.

yeah, I get to read your thoughs now!;)

Linda! I'm so glad I found your blog! I'm so excited to see you and everyone at thanksgiving! LOVE YA!!! =)

He Who Laughs Last said...

If I could...I would! Enjoy it...sounds like you deserve it!

I only get up early when I have to! And if I can go back to bed, I will. No mommy guilt for me. LOL

We sleep late as often as we can. I too am known as the mom who "sleeps till 9". Awesome!

Oh you speak such wisdom! I always feel guilty for sleeping in, but nursing a baby that wakes me up 2-3 times a night, not to mention getting to bed late makes it hard to be the 'early riser'!
I always feel guilty and embarrassed when someone comes to my door or calls and I still have a sleepy voice. I think you have inspired a post about this. Do you mind?

You get to sleep in whenever you want to Life is about some self indulgence too. What would your family do if you collapse physically.