Apparently I am the underwear expert now... 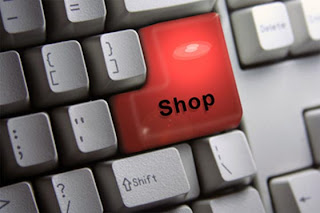 Yea I am beginning to think I need to stick to online shopping.  This time, I was not molested at Target and no one was shot at Costco.  But I did attempt to shop at Costco for the first time since the very controversial incident. I was running low on my new favorite chocolate covered blueberries, so clearly I had no choice.  Not to mention the churro craving I could no longer ignore.

Everything seemed back to normal and the store was business as normal.  I was making my regular counter clock-wise route around the store, putting things in my cart that were not on my list.  I was almost done, event free when I spotted the sheet sets.  We were down to one set of sheets for our Calif. King and these were actually on the list.

As I was starring down the sheet choices, an older man (older than me, say 50ish), non-creepy looking, was looking perplexed starring at the ladies underwear.  He already had a cart full of socks and men's underwear.  I tried to ignore him when he spoke.

Non-Creepy Man: My wife's not here and I'm out of my element (so glad he was admitting that).  I am buying underwear for a ladies charity (sure you are).  I need less fashionable and more serviceable.

Now I was this guys expert on ladies underwear.  Great.  Serviceable?  Not fashionable?  Funny and weird terms for underwear.  Little did he know, in my mind "serviceable" underwear sounded a lot more dirty than fashionable.  He was apparently embarrassed.  Costco did not carry any underwear that would be the envy of the girls at the strip club.  He had nothing to worry about.  And because I am nothing if not charitable, I directed him to the packages of ladies underwear.  I told him they were perfectly acceptable to donate to charity.

And trying not to make him any more uncomfortable than he already was, I tried to be nice.

Me being nice:  Yea, you have a lot of socks and underwear there.  That's very nice of you.

Yea I said something that lame and pushed my cart away.  And I prayed that, that man's wife would not let him out alone, again.  Especially if he was on an errand to buy ladies underwear.

What does serviceable even mean? (Insert inappropriate line here.)

Oh, and have you tried the chocolate covered pomegranate seeds?

serviceable underwear?
Was he buying for himeself or his lady friend? lol.
Wild.
Looking forward to brunch tomorrow!
:)

What kind of 'service'? Hmmmm, haha!

You seriously have some crazy shopping adventures. I remember reading about the costo shooting and I just read your Target story; both of those plus this one are just so 'awesome'. :-D

I-AM-SPEECHLESS!! Serviceable? I hope he goes home and tells his wife about asking the "younger woman" at Costco about serviceable panties. She'll probably wet her drawers from laughter!!

Okay, gotta go check my lingerie drawer to figure out which are serviceable, which are fashionable and which are both?!?!

Odd, very odd...boy you sure run into the doosies. I think on line shopping is a good idea, but probably not as interesting.

I think it is just where you live. Come here....nah, they would probably find you here too. Seriously is crazy Linda!

Ha ha! My idea of serviceable underwear is the kind with the buttoning flap in the bum.

hee hee... funny story! I enjoyed the kid quotes on the side, too - I only have one, but find she provides lots of quotes and laughs for my blog.

It's just your sweet and innocent face that draws people to you! You look like a woman who knows her knickers! I'm sure you thought of a million funny things to say afterwards like, "Oh, I wouldn't know. I don't ever wear them." Shock value and good blogging material. ;)

You are a weirdo magnet, that is for sure!

Oh that is too much! Where was this man's wife?! What an errand to send the poor guy on!

Wow! You need to be hired for RS Prez or something. I bet you could get the HP to buy servicble underwear and the Elders to buy "that time of the month" products.
You totally rock!

Definitely the epitome of awkward - but you were so sweet to the poor guy. But underwear? Really? I wonder how the director of the "panty" drive felt when he/she saw them? Haha.

hmmm... not only are you the underwear expert - but the "serviceable underwear" expert... did he peg you as fashion missing (not you) or "serviceable" - which the more I say it/type it/read it... is REALLY getting to be a dirty word :)

I would have been so shocked. Too funny. I was thinking as I read send him to the packaged undies.

I love your blog! I find myself oddly jealous of your great experiences. No one ever tried to molest me at Target! The underwear thing is a little weird and uncomfortable too, but funny. Thanks for the laugh!

Well, at least he didn't ask you to model them for him so he could decide...

What exactly would've been an appropriate thing to say to a non-creepy older guy with a basket full of socks and underwear?
"If you need serviceable you are in the wrong store, buddy."?

My husband would never buy anything like that for me! What a sweet old man...that is, if that is what he was really doing! LOL!
Very funny!